I suspect that there are plenty of other researchers out there who are at least toying with the idea that writing about science might be more fun than actually doing it. But how to start?

Breaking into science writing without media experience is intimidating, but it is possible. My first reported science story ran this week in Science News, and seeing as the obligatory rounds of self-promotional texts have been sent and the celebratory tea poured, now feels like a good time to pause and reflect. This post walks through everything that went into getting my first pitch accepted, from my background to specific resources and programs that helped me.

There are many paths into science writing, and mine is just one. But I hope that seeing how getting a first pitch accepted can work in practice might inspire others thinking of taking the same leap.

I built confidence through science communication and student publications

I have a few years of relevant writing experience through science communication and student publications. So while pitching my piece to Science News was nervewracking, I could trust that I’d be able to get the job done if given a chance.

Science journalism and science communication aren’t the same thing, but they do have a substantial degree of overlap. And since there are so many ways for scientists to get involved, science communication often a relatively easy place for researchers to build skill and confidence as writers and communciators. As an undergrad, I took a part-time internship at the university communications department writing news blurbs and press releases,and it was fantastic experience–I got to interview scientists, learn about the media cycle, and write, write, write. I also TA’d a lot of courses and co-hosted a friend’s science podcast for a year, both of which built up communication skills that transfer well to science writing.

Likewise, student publications often have a pretty low barrier to entry. So if you’re a student or university affiliate looking to start writing about science, they can be a great place to start. I was the editor-in-chief of my university yearbook as an undergrad and wrote a few times for the school paper.

I mention this because I want to be honest about my own path, not because I think it’s necessarily important that you spend years working on student publications, interning, podcasting, or anything else before you start sending off pitches. If you feel ready, then by all means go ahead and pitch!

I built a portfolio of non-journalism clips

Yes and no. You probably won’t land a first gig writing for the NYT science section without any clips (although I suppose anything is possible with an irresistable, well-crafted pitch). But you can definitely get published without experience, especially if you’re willing to work for free – although you should only need to do that at first, and probably not for as long as you think you’ll have to.

I got my first clips writing for my university’s press office as an intern, for student publications like the yearbook, school newspaper, and grad student science blogs, my personal blog, and most recently for Massive Science. Massive is somewhere between science communication and science journalism and is written mostly by scientist-scicommers. I wrote a handful of ~350 word Lab Notes summarizing recent research articles in geology and microbiology. Lab Notes are quick and the editors don’t expect you to have writing experience, so theyr’e a good place to start.

So, by the time I pitched Science News, I had plenty of non-journalism clips to show my editor. Things like that aren’t fantastic portfolio pieces for science journalism, but they are far better than nothing. A scicomm-savvy friend tells me that having clips in more than one outlet likely helped, as well.

I read up on science writing and freelancing, joined Twitter, and sent off a few (rejected) pitches

These next steps are a bit more nebulous, because they were basically just information gathering.

I started looking into science writing more seriously about the same time I started writing for Massive, and that lead me to Twitter. You can survive in science writing without Twitter, but it is undeniably useful and you’ll be expected to have one. When used well and in moderation, Twitter can be a great place to connect with other science writers and editors, find resources, get answers to questions you didn’t know you should have, and follow the careers of people you’d like to emulate. It’s also a sort of digital calling card for journalists.

Twitter lead me to some amazing resources. I followed researcher and science journalist Shi En Kim knowing that she’d managed to do something a lot like what I’d like to pull off – pivoting from science into science-and-science-writing. After winning the AAAS Mass Media Fellowship, which is basically the holy grail of the science-science-writing pivot, she posted a thread outlining the things that had helped her develop as a science writer.

Kim’s tweets directed me to Massive, the National Association of Science Writers (NASW), the NPR Scicommers program, The Open Notebook (TON), and more resources I just haven’t had the chance to take advantage of yet. She also mentioned the names of other science writers and editors, who I followed and whose feeds continue to provide me with useful information. Somewhere between reading TON articles and searching for additional information elsewhere, I stumbled onto scientist-turned-journalist Wudan Yan’s writing and to her podcast, which has also been a great help.

Eventually, I started putting some pitches together. I sent one to Inverse, a publication I had found through a Massive editor I follow on Twitter, and one to National Geographic, just because. Both were rejected! But Massive kept taking my Lab Notes.

The single most important decision I made related to science writing was joining NASW. For students, it’s only $20 to join and the value is fantastic. NASW offers networking opportunities, hosts an annual conference for science writers, and has lots of resources, fellowships, and other support for science writers at every stage of their careers.

After joining, I signed up for the Perlman Virtual Mentorship Program, a summer mentor-match program for student NASW members. I was paired with an amazing freelance science journalist who covers Earth and space science and bit of biology, and I started to work on a reporting project for the program that should run on the NASW Student Newsroom site in August. With my mentor’s help, I also started to put together pitches for Science News and Eos.

I can’t overstate how important finding a mentor was for me. Being able to ask my mentor questions was especially helpful for learning the subtler things in science journalism — like how to email editors and sources, what pitches look like, how old research can be before it’s not fresh anymore, where to look for interesting science stories, how much pay is reasonable, what publications like what kinds of stories, etc. etc. She read my emails to help me feel less scared the first time I sent them off, and she helped me revise stories once I got assignments.

If there’s any chance you can find a mentor, take it. Join whatver programs you can to get one. Just get one. It’ll make all the difference.

With help from my mentor, I made my first successful pitch

My mentor told me that a good way to find a science story is to pick a few journals (preferably obscure ones, staffers and pro freelancers will beat you to anything from Science or Nature) to follow and look for interesting papers as they came out. I did just that, and found a few papers I liked. I picked one to write about for the Perlman program project, and one to pitch directly to publications.

I wrote a pitch by basically copying what I saw on TON’s Pitch Database. I originally sent the pitch to an editor at Eos, but it was rejected. So my mentor suggested I send the pitch to Science News and she found an editor contact for me by asking around among her colleagues (trading editor contacts is apparently normal practice among journalists).

It’s generally best if you email an editor directly. Find a specific person to email. Even if you email the wrong person (which I actually did end up doing with Science News!), editors can pass your emails along to the person who should really see them.

I sent off the pitch and, to my great shock and joy, Science News actually took it!

The boring but important stuff: they offered me a rate I was happy with and a contract that wasn’t exploitative, so I officially signed on to write the story. $650 for 500 words is better than I was expecting to start with, and my mentor says not to go below $0.75/word as a general rule. Even as a new freelancer, you shouldn’t take exploitatively low pay or sign a ridiculous contract. Negotiate with editors if something’s off — I negotiated my second contract, and while I didn’t get what I asked for, I didn’t lose any standing with my editor, either. It’s just business. If you’re curious about the financial side of freelancing and what to look out for in contracts, I can’t recommend Wudan Yan and Jenni Gritters' freelance business podcast, The Writers Co-op, enough.

Recap: you can do this

Whew. That’s probably more detail than anyone wanted or needed. But the point is to be transparent.

I hope you got the sense that there wasn’t any master plan here. There wasn’t. Getting a mentor was the most important part for me, and I’d recommend finding someone to mentor you if you can. But if not, there’s no magic to it. My editor at Science News didn’t know my mentor — she took my pitch based on what it said and the little portfolio I had, not because of backroom handshaking. If you build up a portfolio and write a good pitch (there’s a whole database of examples), you can get published.

You might get rejected, and that’s fine. Pitch the story again somewhere else. I only pitched Science News after Eos rejected my first pitch. And pitch again to editors who don’t take your first pitch — Eos took me the second time around. 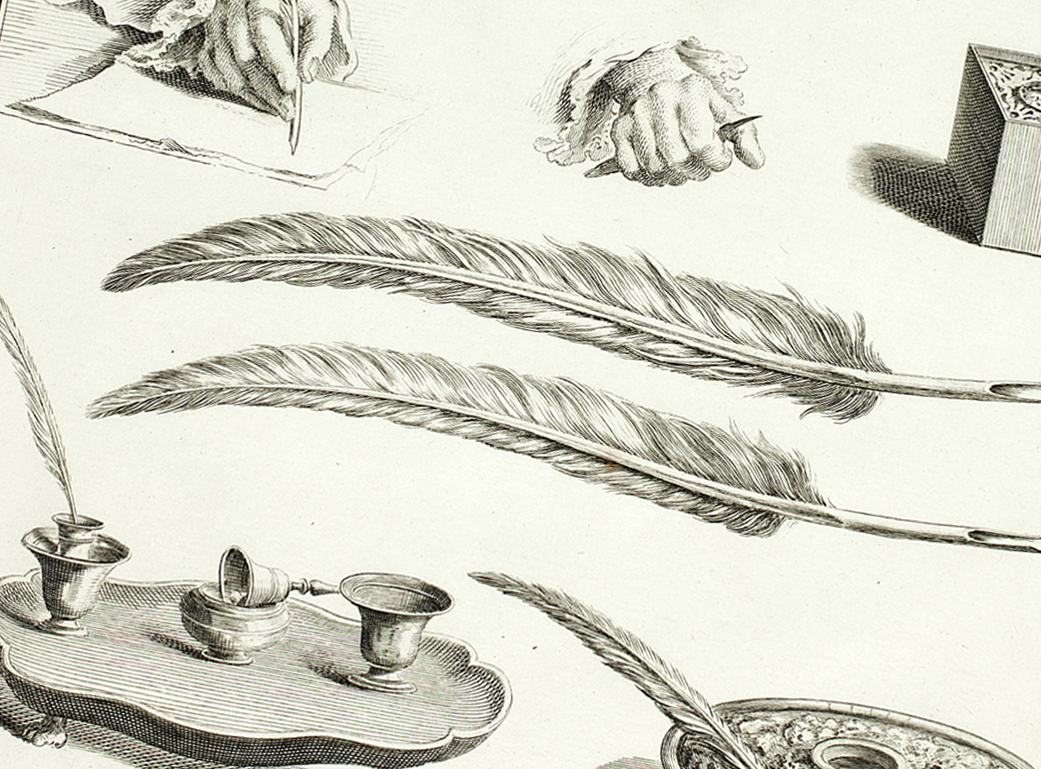